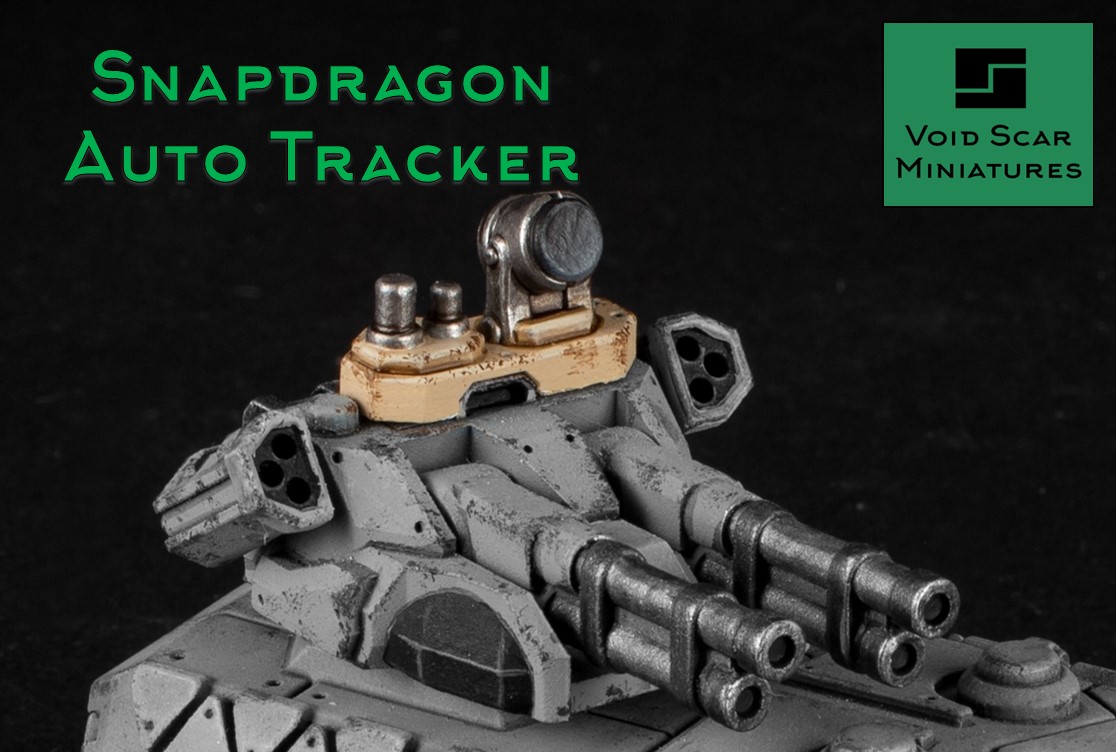 After extended engagements out in the Grey Zone the Snapdragon has received several upgrades to further improve its combat capabilities. The Auto Tracker is the ideal defensive upgrade for the SFA anti-air forces. It allows the Snapdragon to detect over-the-horizon targets such as fast moving aircraft, and plot the best intercept point for its weapons. Not only that, but its advanced acoustic detection systems can even predict the movement of enemy ground units in the immediate vicinity, preventing enemy ambushes in built up areas and other complex terrain types. Another modification is the replacement of the SAM launchers with Missile Launchers, turning the Snapdragon into a urban combat vehicle, where it can use its powerful autocannons on dug-in infantry and its new anti-tank system to engage enemy armoured assets.

Note that this set is designed to be attached to an existing SFA Snapdragon vehicle unit.

All miniatures are supplied unbuilt, unpainted and may require superglue to assemble.

Head over to the From Ashes rules page for more information on using these models in your games.