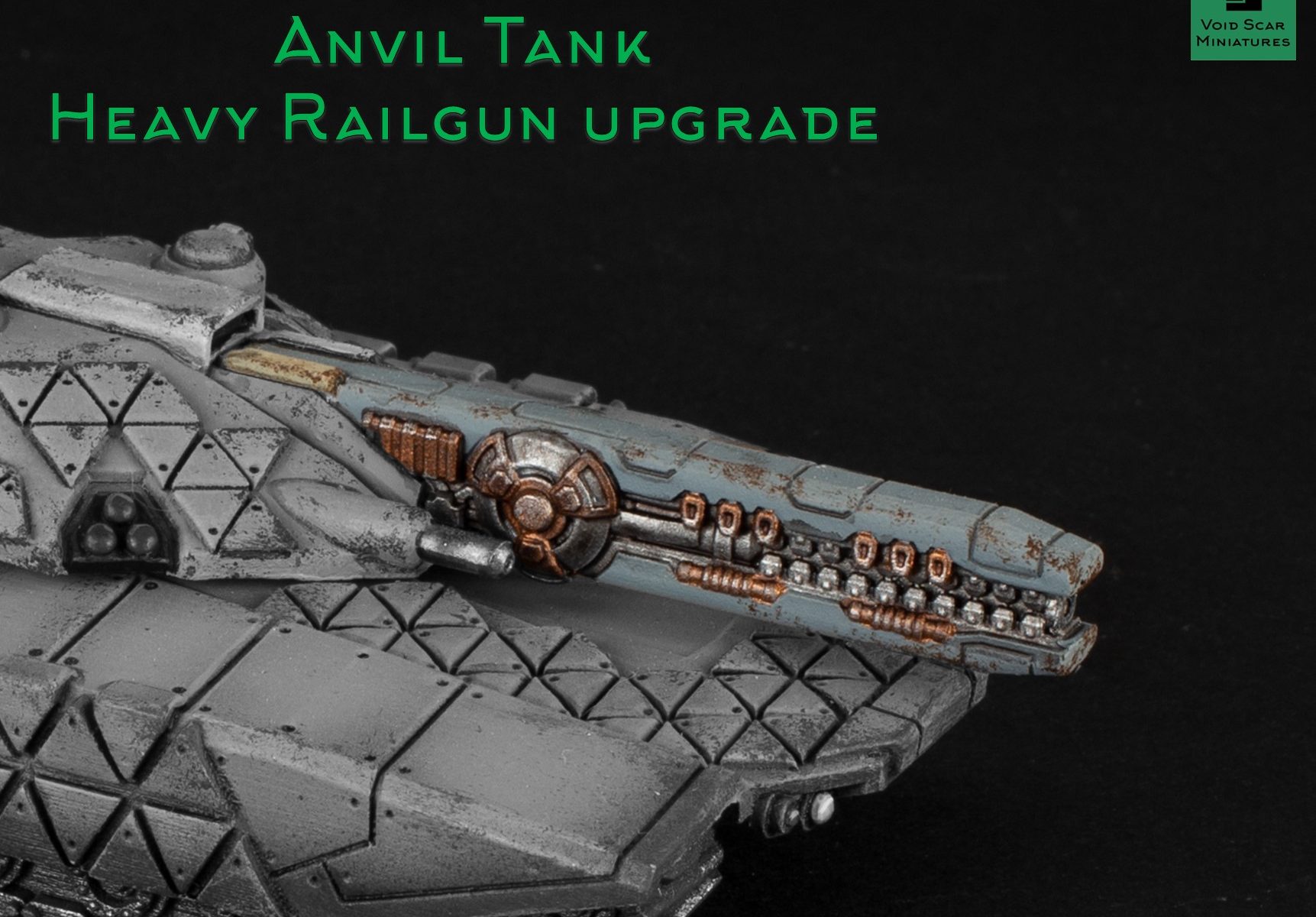 As the SFA’s expansion is met with increasingly capable enemy armoured vehicles, the Anvil has received a potent firepower upgrade in the form of the Heavy Railgun. Capable of firing metal slugs at extreme speeds, the kinetic energy impact is more than enough to atomise whatever finds itself unfortunate to be in the Anvil’s sights.

Note that you will also need an Anvil kit to use this model as it replaces the existing Anvil cannon.

All miniatures are supplied unbuilt, unpainted and may require super glue to assemble.