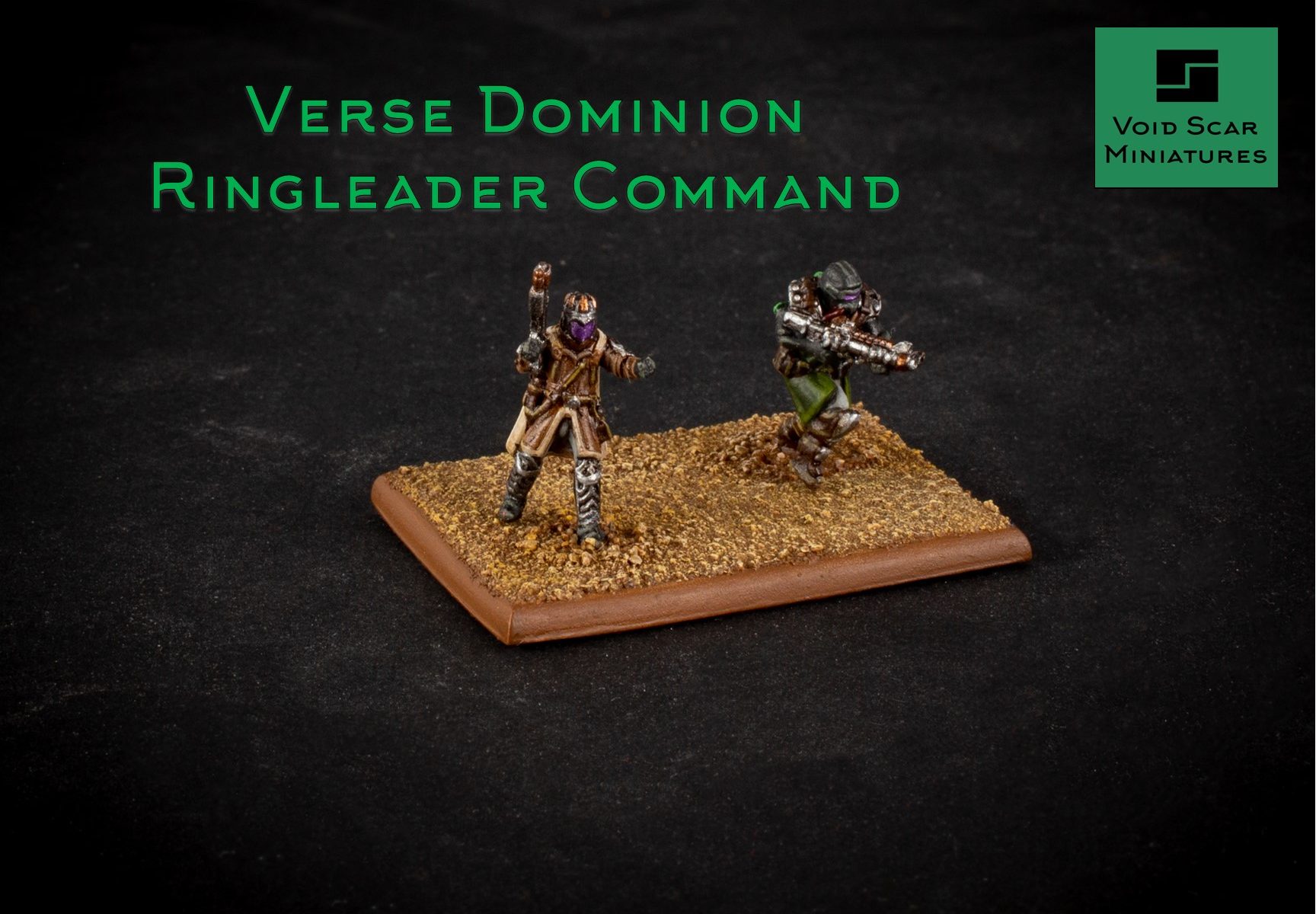 Command unit for the Verse Dominion

Those Verse Dominion individuals who show a flare for leadership, either by earning the respect of their peers or dominating those around them, become Ringleaders. Often heads of powerful tribal groups, veteran pirate captains, or simple marauder bandit leaders, they command those around them to do their bidding. However, unlike officers from other factions, Ringleaders tend to join their brothers-in-arms where the fighting’s thickest, using their shotguns to blast their foes at close range or smash those in their way aside.

Ringleaders are not alone in their endeavours, as the senior Verse Dominion leadership needs to ensure their pious subjects are reminded of their creed, especially when in battle. Preachers accompany Ringleaders on their assaults, where their bellowing voices and dread visage reminds the Vanguard around them of what lies ahead when they are victorious, or what will befall them if they are not…

The Ringleader Command Squad consists of the following:

1x Ringleader
1x Preacher
Choice of coming with or without 1x rectangular base (30mmx39mm).

All miniatures are supplied unbuilt, unpainted and will require super glue to assemble

Be the first to review “Ringleader Command Unit” Cancel reply