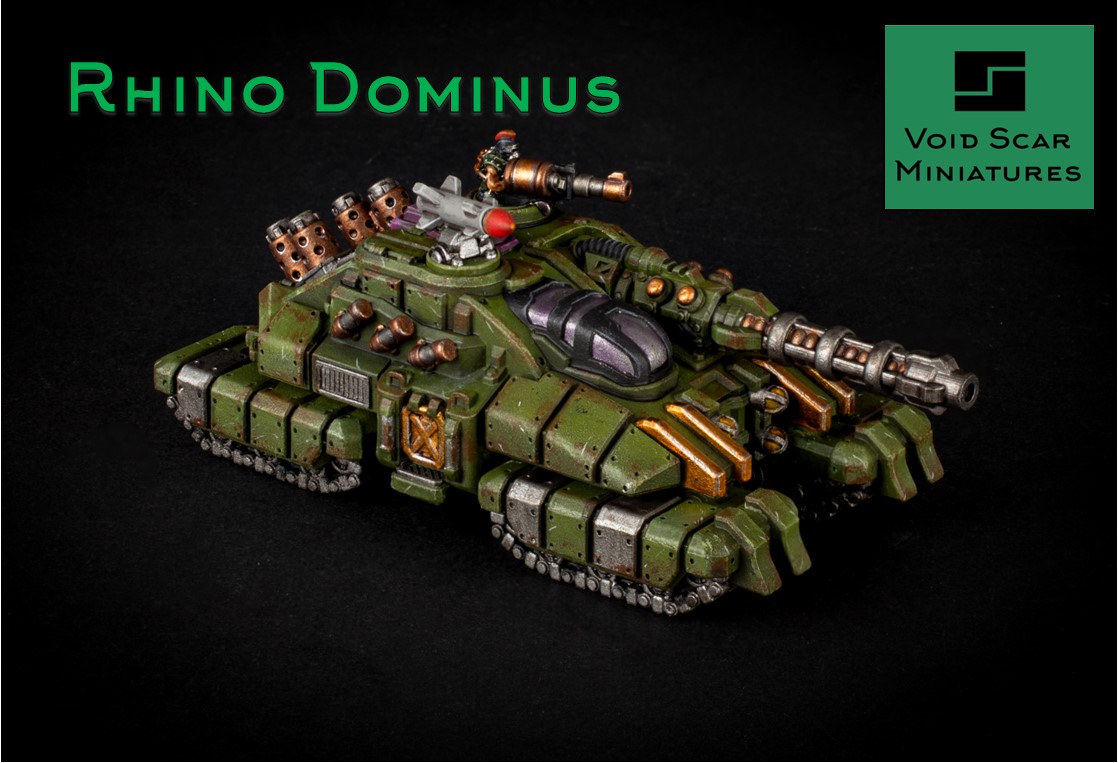 Certain Ringleaders prefer to ride to battle mounted within the hardy shell of a Rhino Assault Tank. Here, he is much closer to the action, bringing his love of all things fiery and destructive directly into the enemy lines. Not only that, but their Rhinos are often upgraded with the pick of the scavenged weapons and equipment. Perhaps the most regularly seen such modification is the main cannon being replaced with a Heavy Shock Cannon – a much more powerful version of the Shock Rifles carried by the Goraths. With this weapon, the Rhino Dominus can shut down the action of enemy tanks, that is assuming they survive the massive detonation of the gun’s energy bolts hitting home in the first place.

When assembled, this model measures approximately 105mm long, 55mm wide, 45mm high and is made of a high-quality resin.

Also comes with 2x white and 2x red micro D6 dice (for use with the From Ashes game).

Be the first to review “Rhino Dominus” Cancel reply