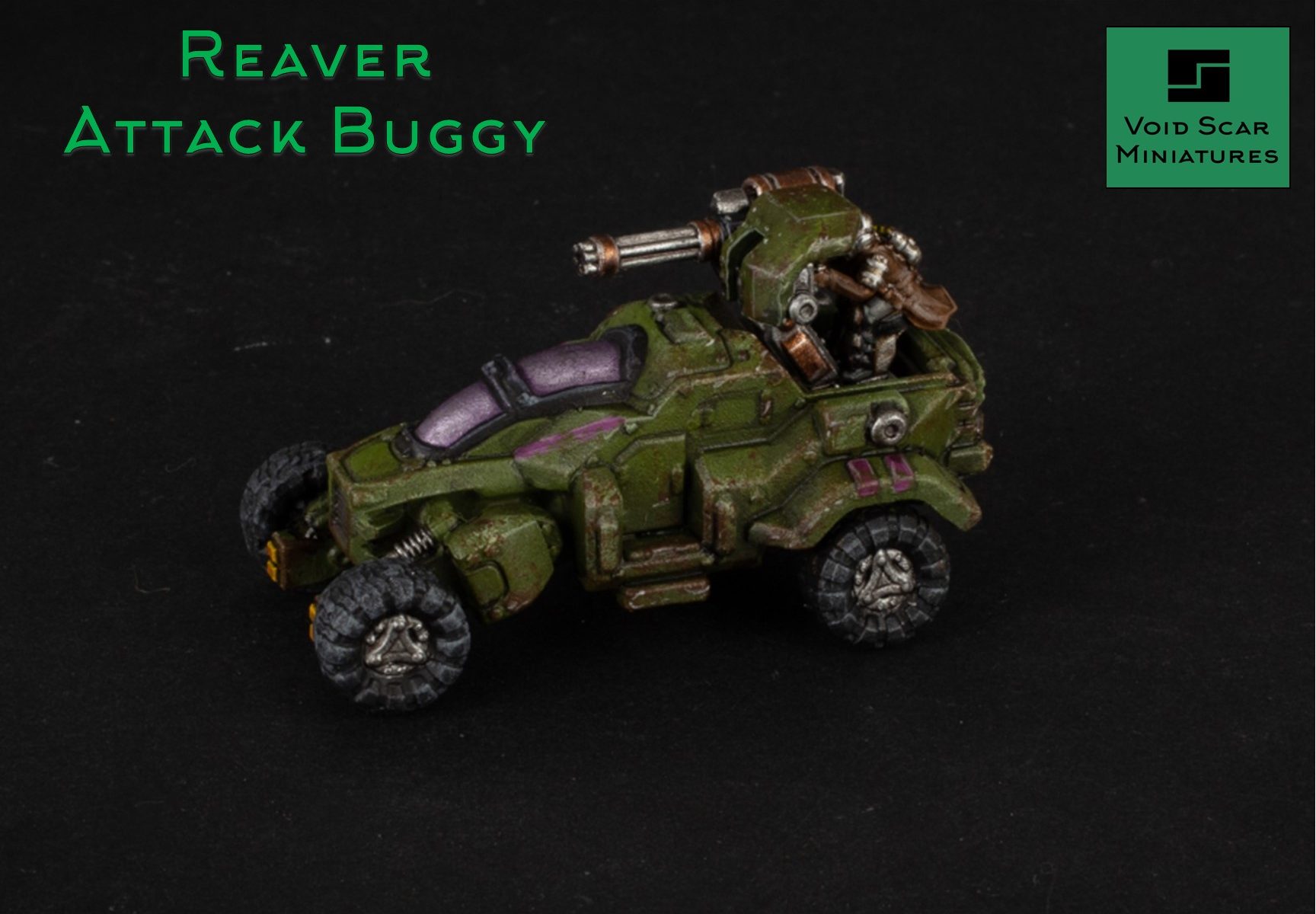 Reaver Attack Buggies provide the Verse Dominion with a tactically flexible unit capable of fulfilling different roles on the battlefield based on its loadout. The gatling gun ‘Shredder’ variant is capable of sending devastating volleys of incendiary rounds down-range to pepper infantry, or even aircraft who find themselves flying too low. The tank-hunting rocket launcher ‘Busta’ variant instead waits in ambush to snipe enemy armoured assets at a distance from the safety of cover.

When assembled, this model measures approximately 60mm long, 30mm wide, 40mm high and is made of a high-quality resin.

Be the first to review “Reaver Attack Buggy” Cancel reply