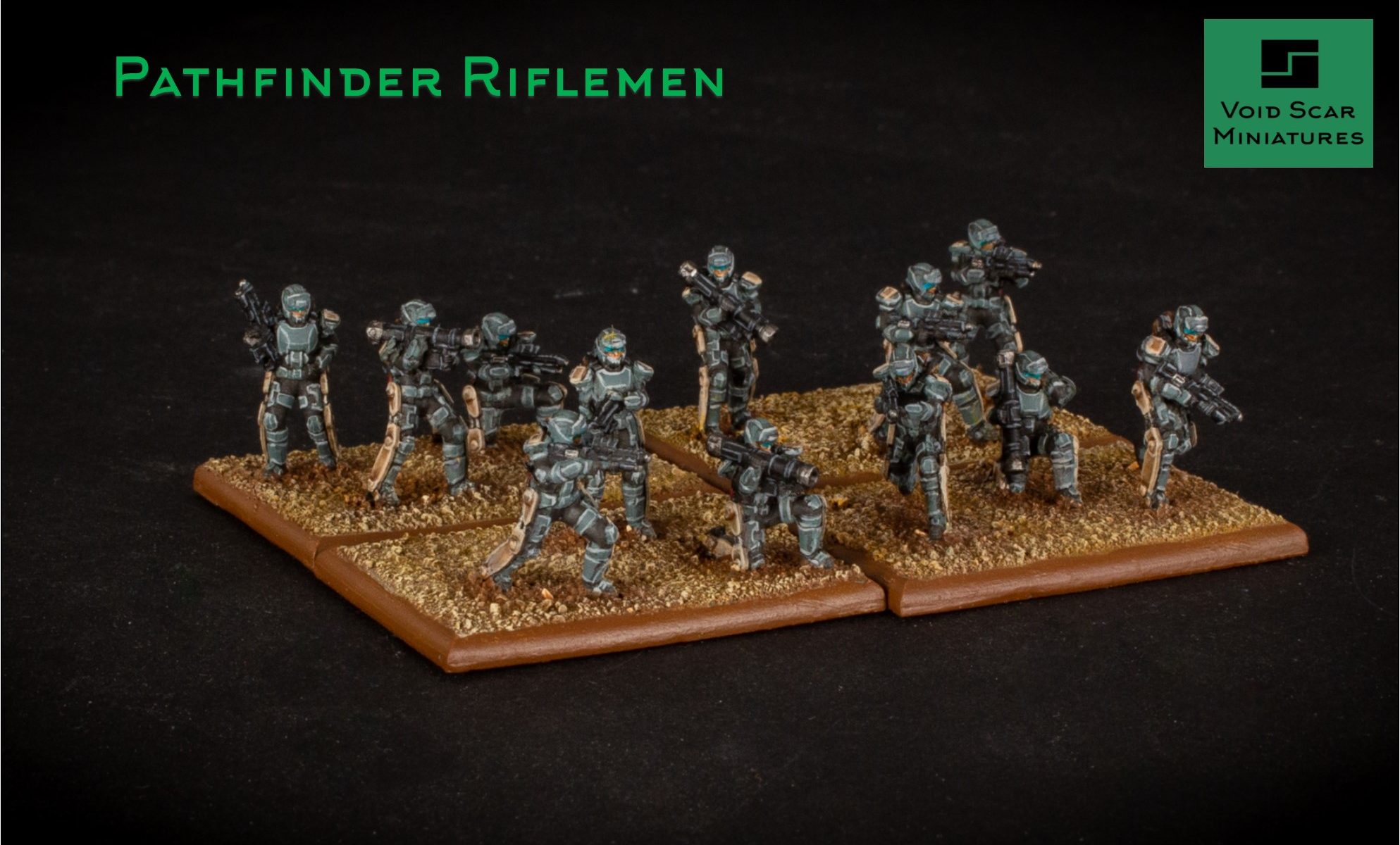 A squad of exobrace-enhanced riflemen with embedded light anti-tank weapons for dealing with enemy vehicles.

The standing ground forces of the Scaryn Federated Alliance infantry arm are known as the Pathfinders. Well trained and well equipped, countless volunteers have joined the Pathfinder legions to protect SFA space from threats beyond their borders, and are regarded by the people of the Alliance as brave souls going out into the universe’s hostile embrace. Out there, they risk their lives against horrors known and unknown, and light the way for others to follow.

Much of the equipment of the Pathfinders has its roots from old earth’s military hardware long before the Severance Wars. The standard Riflemen Squad carries the ubiquitous M74 Assault Rifle and a complement of MB17 light anti-tank weapons. Much of the body armour and uniform is drawn directly from the stocks abandoned by the forces of the LSN. However, recent indigenous developments have augmented the infantrymen’s mobility with the Type-37 Exobrace, allowing them to traverse rough terrain, fully loaded and more quickly than a typical soldier would.

Choice of coming with or without 4x four-hole infantry bases, and 2x white micro D6 dice (for use with the From Ashes game).

Be the first to review “Pathfinder Riflemen Squad” Cancel reply