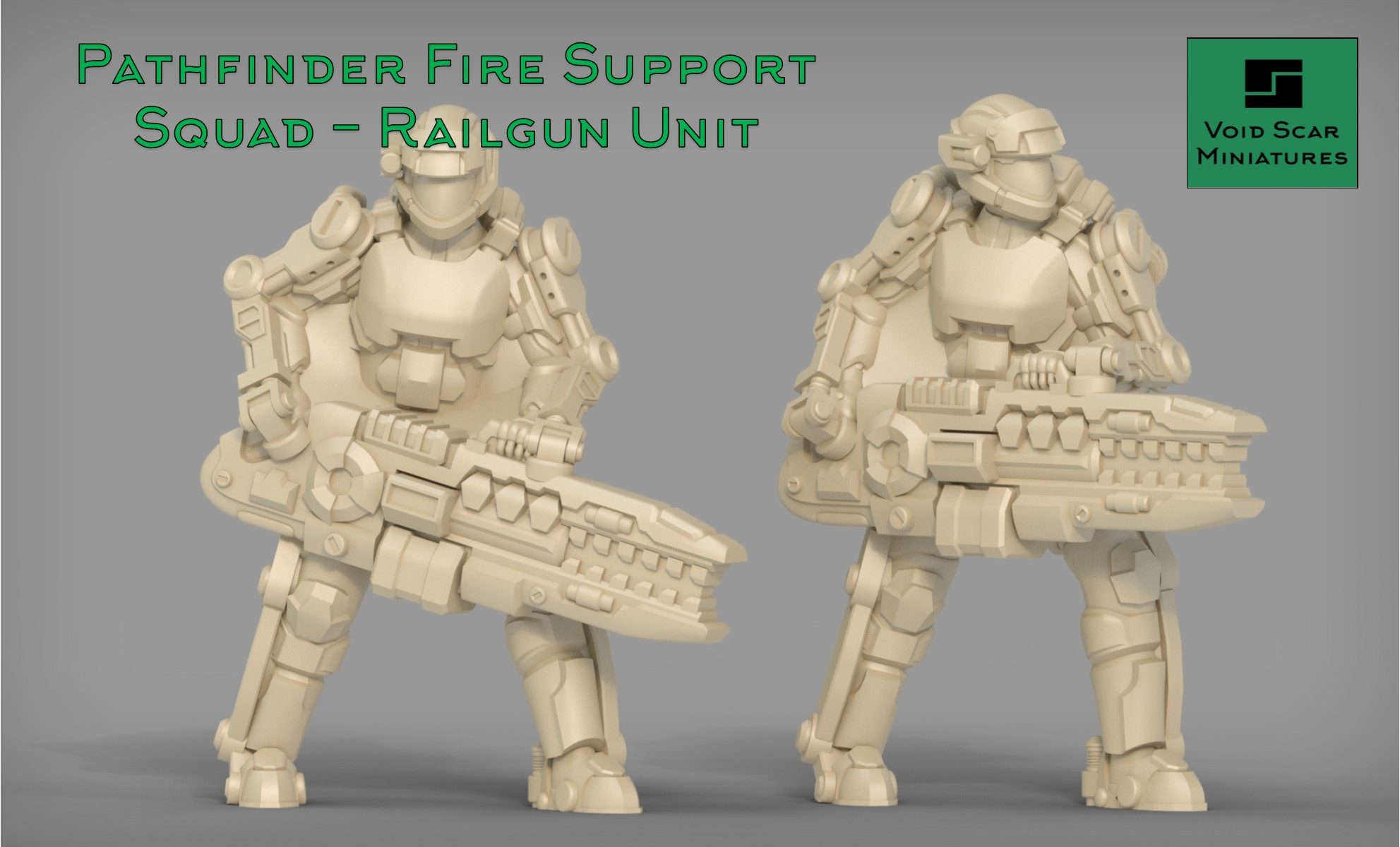 The Fire Support Squads carry heavier weapons than the regular Pathfinder infantrymen in order to deal with a specific threat or task. Augmented by the Type 37b Exobrace system to enable them to carry such armaments, they can easily provide devastating firepower where needed.

The most commonly seen weapons carried by such teams are the EM15L Railguns, for dealing with enemy armoured targets, where their hyper-velocity rounds punch massive holes through even the hardest of armour plates. Other teams may carry the M47 SAW, which sends a hail of rounds down-range to eliminate hordes of advancing infantry, or suppress a well entrenched foe.

The Pathfinder Fire Support Squad consists of the following: