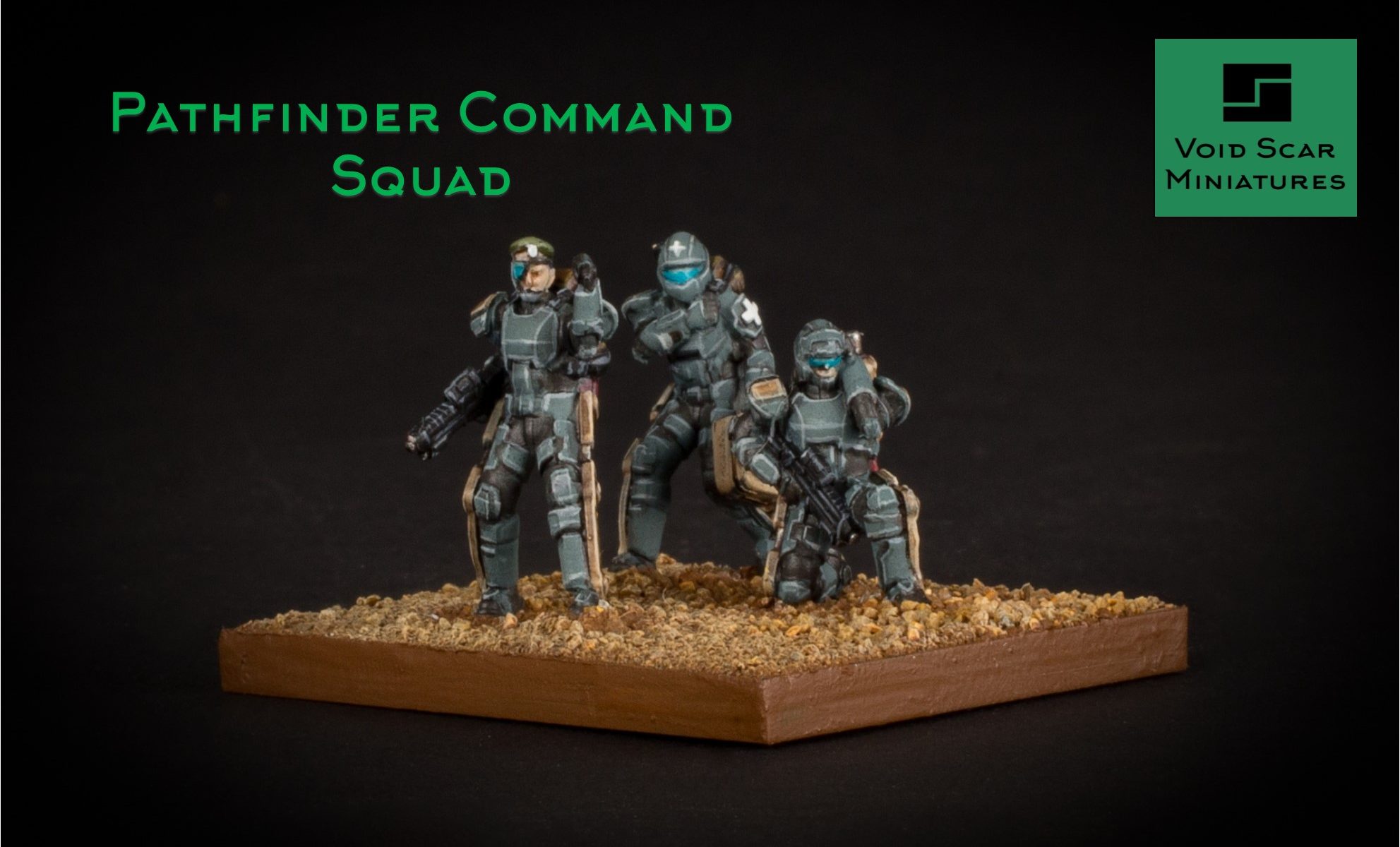 Pathfinder Command Units coordinate friendly forces on the ground and keep friendly infantry in the fight.

The leaders and generals of the SFA armed forces are trained within the Officer Corps; the largest academy being based in Seinar’s capital Moreth. It is here where the aspiring commanders learn their craft, based on tactics and strategy learnt from the LSN commanders who had defected to the Alliance after the Severance Wars.

In the battlefield they are joined by their own command staff. Most commonly these tend to be a medic to keep nearby troopers in the battle, and a comms specialist to help relay the Officer’s orders and coordinate with other forces.

Equipped with the same M74 assault rifles and Type-37 Exobraces, they are more than capable of taking the fight to the enemy, but are best placed supporting other friendly forces and leading the SFA to victory.

Choice of coming with or without 1x four-hole infantry base, and 2x white and red micro D6 dice (for use with the From Ashes game).

Be the first to review “Pathfinder Command Unit” Cancel reply