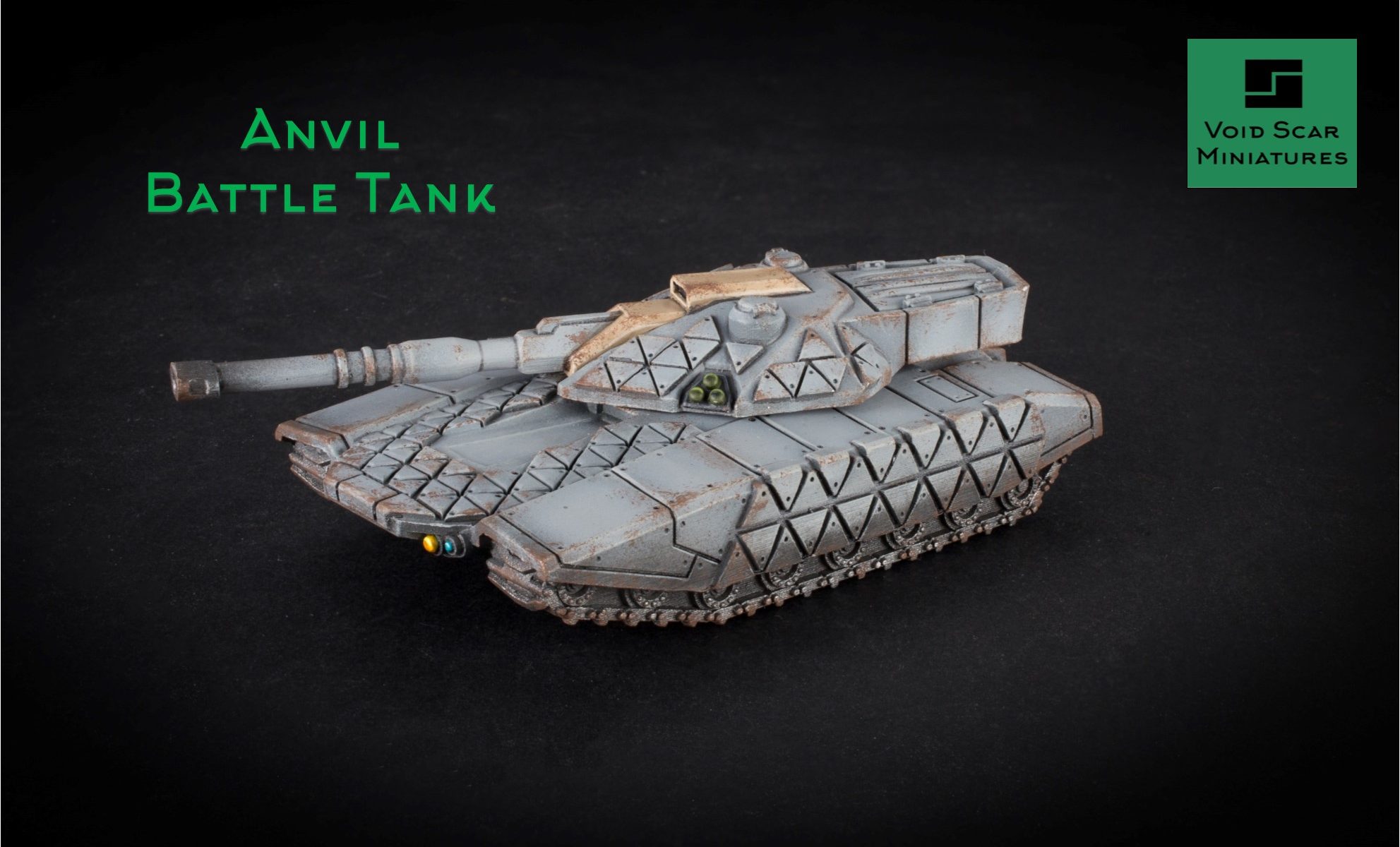 The Anvil is a medium-to-heavy class main battle tank designed to seek, find, and ultimately annihilate the hardest targets on the battlefield. Armed with a 115mm high-velocity cannon with High Explosive Anti Tank and Kinetic Energy rounds, it’s more than capable of dealing with anything it comes across. Mounted alongside the main gun is the tank’s secondary armament – a coaxial 20mm chaingun easily capable of neutralising soft targets, infantry squads, and even threaten medium armoured vehicles.

The Anvil’s hybrid-turbine engine provides a huge amount of power to the heavy vehicle, making it an agile hunter despite it’s thick composite titanium armour. An advanced stabilisation system means the tank can fire on the move just as efficiently as if it was stationary. In addition to the passive titanium armour protection, each Anvil has multiple banks of electro-reactive pads, which combined with turret-mounted smoke dischargers, enables it to counter and defeat various incoming threat types.

The Anvil Battle Tank is designed to go head-on with enemy heavy vehicles and control the battle space.

The Anvil is a high-quality, resin cast model, and its size easily qualifies as a larger class of vehicle for 15mm scale wargames. Its dimensions are approximately 63mm wide by 105mm long (122mm gun forward) and 35mm high, and so creates a dominating presence to both the battlefield and your collection.

Also comes with 2x micro D6 dice (for use with the From Ashes game).

Be the first to review “Anvil Battle Tank” Cancel reply