Today sees the result of an exciting collaboration between Void Scar Miniatures and White Dragon Miniatures – the Acquisiton Roster for using their range of stunning miniatures in From Ashes!

The first armoured tank for the Verse Dominion has a little preview today. As you can see, it’s a real beefy beast, with a huge off-centre mounted cannon, an additional heavy rocket for engaging enemy vehicles, and of course a pintle machine gun for engaging close-in targets like infantry or even spitting lead at low-flying aircaft.

Keep an eye on this space and the Void Scar Miniatures Facebook page for more info on the Rhino’s release. 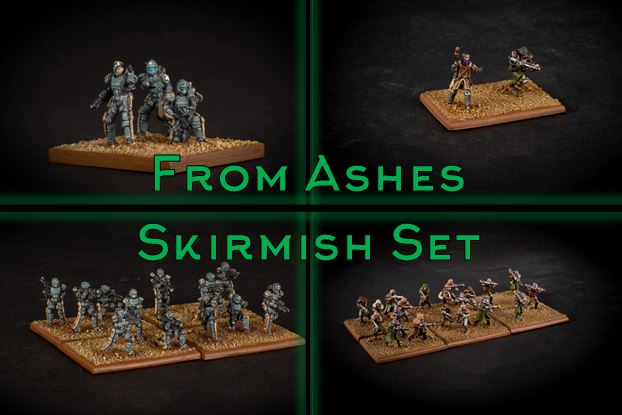 Today sees the release of the From Ashes Skirmish Set, allowing you to explore the From Ashes rules with a small force. This collection of miniatures and gaming peripherals will enable you and a friend to play out a small scale confrontation between the Verse Dominion and Scaryn Federated Alliance.

Get yours here, and don’t forget to join in the From Ashes Gaming Group on Facebook.

See you at the frontline, Commander! 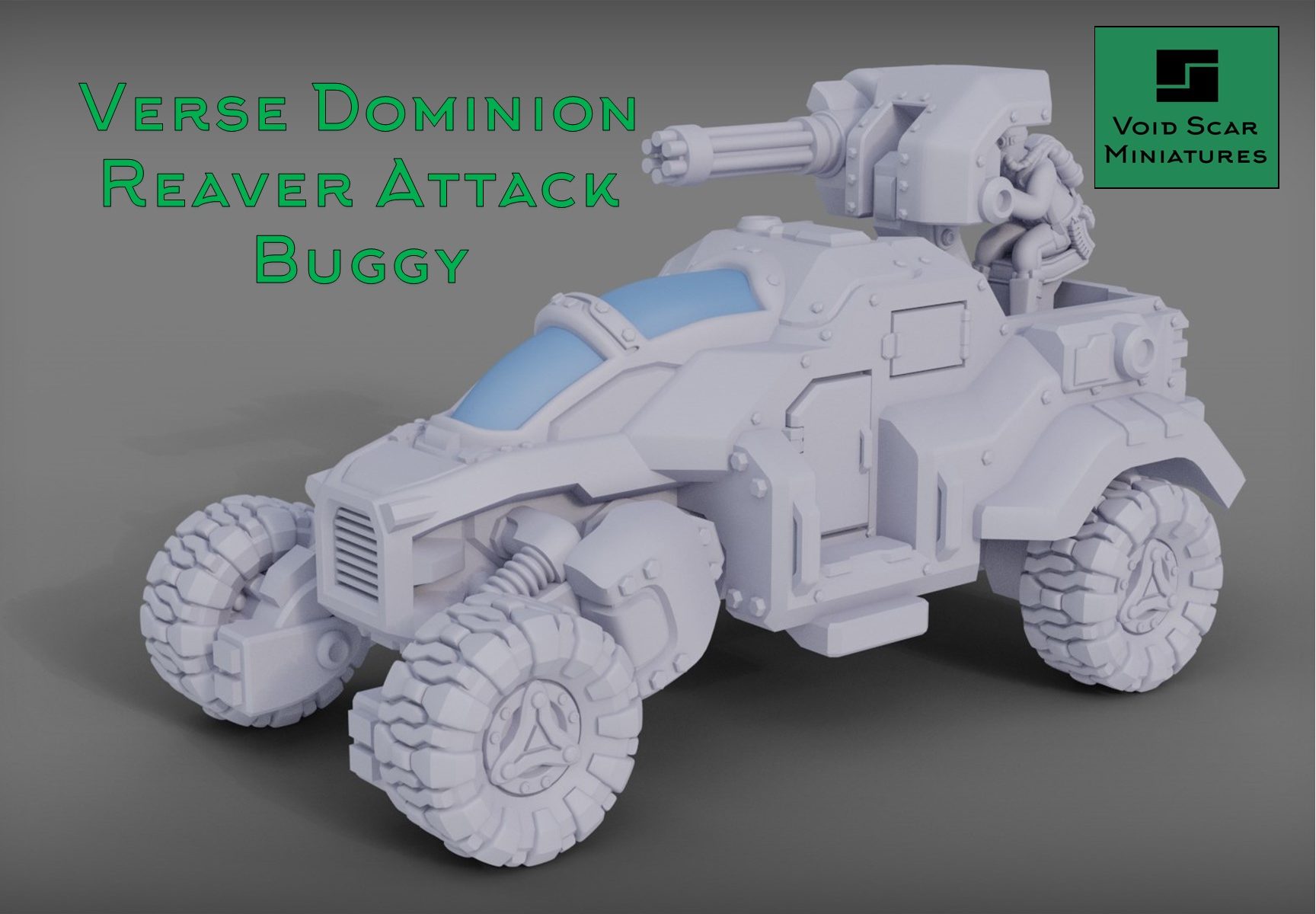 The Verse Dominion are set to receive their first vehicle in the next few months – the Reaver Attack Buggy. This go-anywhere all terrain vehicle scouts ahead of the main Verse Dominion force, searching for enemy targets. Once it’s made contact, it can either report back to home base or engage with its chaingun or rocket launcher.

Keep an eye on this space and the Void Scar Miniatures Facebook page for more info on the Reaver’s release. 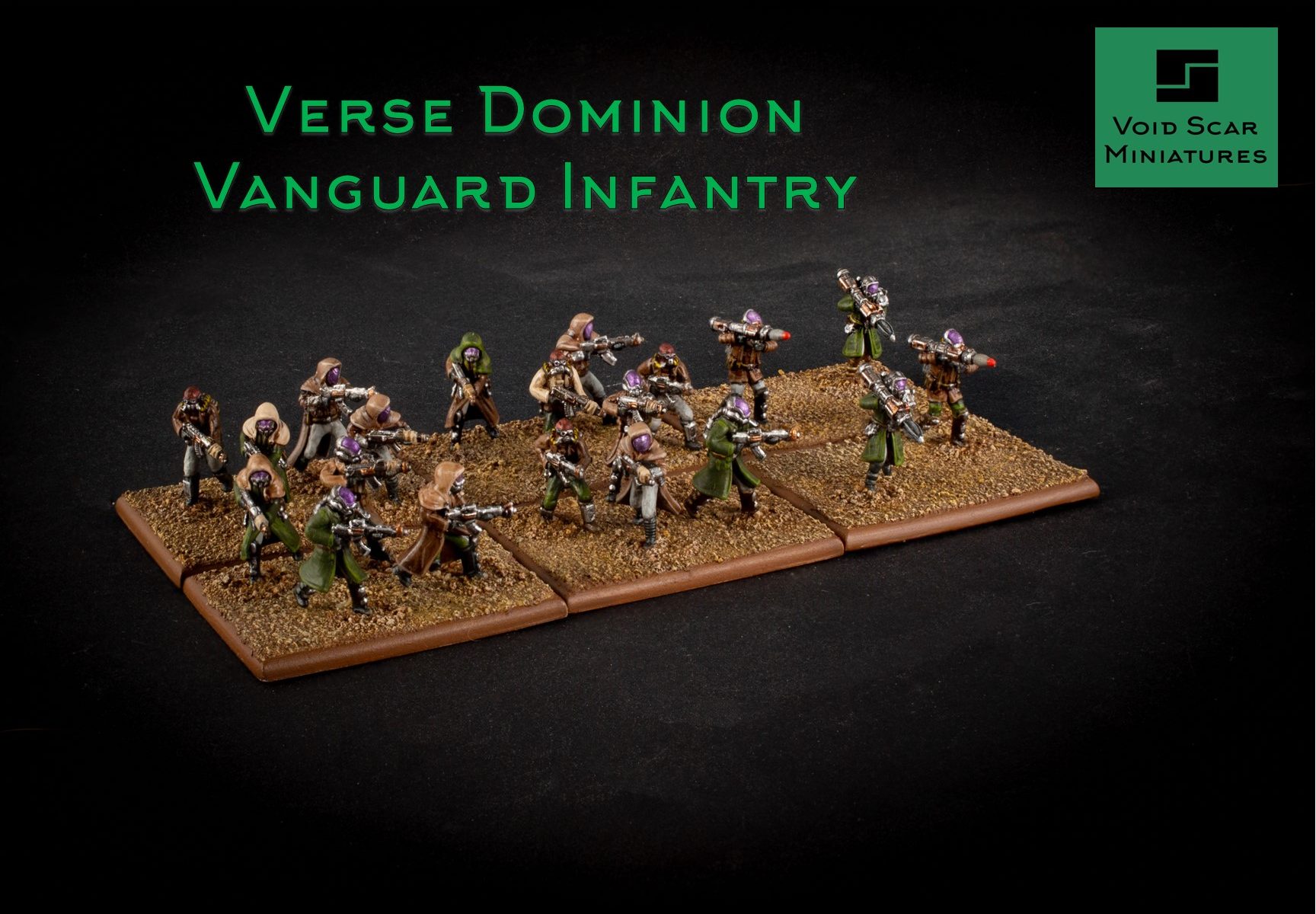 Today sees the release for the first couple of units from Void Scar Miniatures’ second faction – the Verse Dominion.

These mining slaves turned religious freedom fighters, some would say simple marauders, have set their sights on the Damnya Sector. Few will be able to stand against their righteous zeal as they crusade onwards, eager to bring their ways to the unwashed masses and hunt down their hated enemy and previous masters; the Frontier Guild.

The Vanguard are the various militia and tribal fighers drawn together from across Verse Dominion space. When not fighting each other, they unite and push beyound their own worlds in search of conquest and plunder. What they may lack in skill or equipment, they more than make up for with numbers and faith.This Vanguard Infantry set includes 16 riflemen in eight different poses, together with 4 RPG troopers in two different poses, totalling 20 models.

However, such a rabble needs controlling, which is where the Ringleader Command Squad comes in. The Ringleader himself uses his tribal rank and pure brutishness to order those around him into action. He is accompanied by a Preacher who’s there to remind the Vanguard of their religious convictions and overwhelm their foes in battle in a wave of charging bodies.

Sculpted by Vigilant 3D Art and painted by CB Miniature Painting Studio, these fantastic high-quality resin miniatures are available now from the Void Scar website through the links below. Like all Void Scar Miniatures infantry sets, these are available with or without rectangular bases.

Rules for using these models in your games of From Ashes are available on the From Ashes rules page. 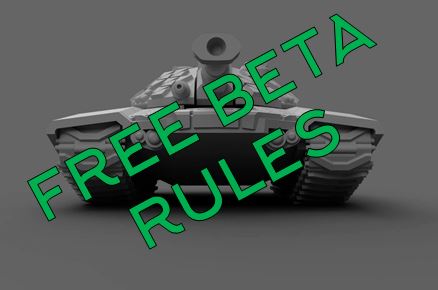 I’m extremely excited to share with you today the From Ashes beta ruleset! These have been a long labour of love, with many hours of research, writing and playtesting going into them. They’re available from the Void Scar Miniatures website here:

For now, the rules are low image get-you-by PDFs enabling you to play with the current range of Void Scar Miniatures models.

The From Ashes game is a tactical, immersive sci-fi tabletop experience where your Squads must achieve their objectives yet still react to the ever-changing battlefield situation. It’s based on an alternative activation system, where each Squad is capable of carrying out one or more Commands each time they activate. When they are enagaged by the enemy, they can react, enabling them to shoot back, retreat or even advance on the enemy’s postion. A major focus of the game is the descision making, where you, as the army’s commander, need to decide upon the best course of action for your Squads between multiple options. Here’s just some of the things you can expect from a game of From Ashes:

-A D12 based alternative activation system which allows you to carefully carry out your battleplans while responding to the enemy’s.

-A focus on ranged combat, where the closer you are to the enemy the more damage you deal out. However, when bayonets are fixed, things do get bloody!

-Leaders order other Squads around the battlefield by ‘donating’ their own Commands, just make sure they’ve got the discipline to carry them out!-A flexible, fair approach to setting up and organising a game, where you can even select your Squads after you know which mission is being played.

-The abllity to react to your opponent’s attacks, carefully plan your strategies around inter-locking overwatch, or employ various special rules unique to your units.-Expansion Training module where you can play through several scenarios with a Pathfinder Riflemen Squad to get to grips with the rules by yourself.

-Expansion OPFOR module where you can play against a force controlled by the game and is ideal for solo or cooperative play experiences.There’s three documents available now on the VSM website:

-The main From Ashes rules.

Right now, there’s a From Ashes Gaming Group where you can discuss the rules, meet other players and generally be involved in this exciting new game system!

Download the rules now, have a read, play some games and tell us all what you think!